Recently my Hobbit PA50ii blew a crankcase bearing.. Fun Stuff! So I was forced to either ditch my heavy, powerful motorcycle, or fix it. I chose the latter. After some fun times on treatland.tv (closest shipper to my town and a sweet outfit regardless), I received crankcase bearings, seals, full gasket kit and other goodies in the mail and it was time to get down & oily.

Being the ‘ped expert that I am, I put everything back together only to discover that old Betsy refused to idle and ran like [insert-expletive-here]. After trolling the forums on mopedarmy and spending more time in front of a blue phosphorescent LED array on youtube and other virtual venues I was convinced that my ‘ped’s woes probably boiled-down to some type of gross vaccuum leak. Since the bike would not even idle and surged dangerously when given even little blips on the throttle I had to go whole-hog and run a goood ol’ fashioned leakdown test. $200 and an air compressor later (just kidding…) $20 and a bicycle pump later I came up with this: 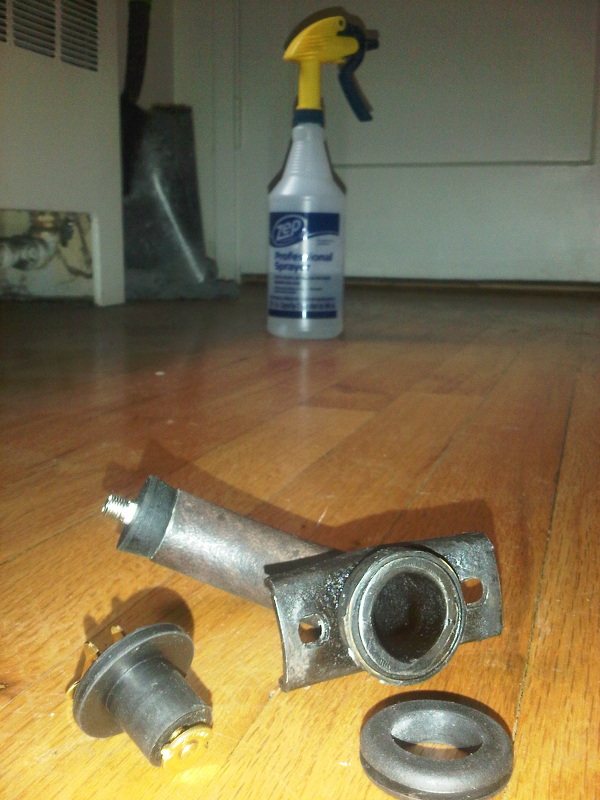 The goal is to seal up all the holes in the engine that should be there, then put a little air pressure, in order to detect the holes that should not be there. Soapy water served up from a common spray bottle is used to detect air leaks. Many guides have been written on this subject so I will not go in to them here. Here are the individual moving parts that, together, make up this glorious contraption: 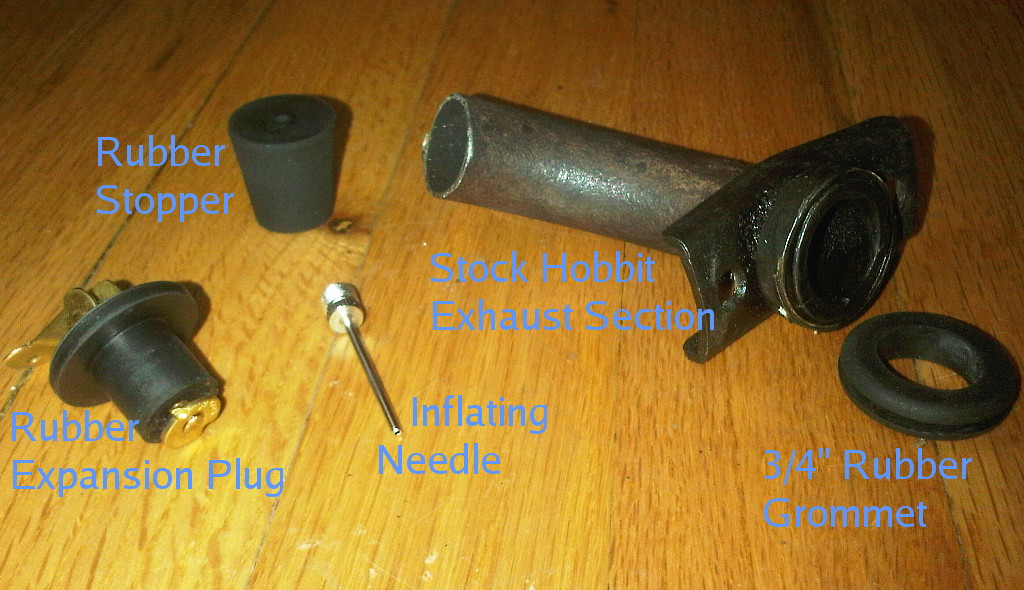 The expansion plug was fit into the intake. Along with the spark plug, which is left tightly in place, this only leaves one hole in the system that should be there – the exhaust. I used the exhaust to introduce air pressure. At first, I thought I could simply plug up the exhaust port on the cylinder, but found that this was not possible because the port was not round! That is why my solution was to reuse a section of my old Hobbit Stock Exhaust pipe and plug the end of that. Since we are not running the engine for the test, parts will not get hot, and it is possible to use a rubber grommet at the exhaust port to make a seal with the lip of the pipe. I inserted the solid rubber stopper in the end of the pipe section after drilling a 3/64″ hole in the stopper and squeezing an ordinary basketball (or volleyball, etc,..) inflation needle through the hole. This allows a fairly air-tight seal, while allowing an ordinary bicycle pump to be attached to the end of the needle to put pressure into the system. This is the expansion plug in the intake: 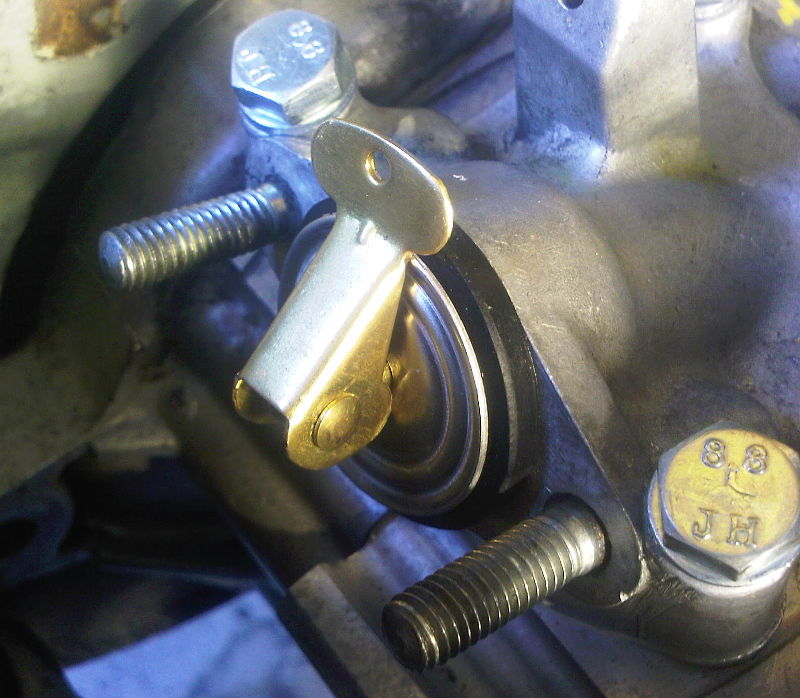 Apparently we only want to put about 10 p.s.i. of pressure. More, and you risk doing damage.

Using this tester I figured out that my crankcase seals were on backwards (17mm ID was swapped with 15mm ID), then after fixing the seals, that my engine did not seem to have any leaks.

BTW, this exhaust-side tester only works when the piston is at Bottom-Dead-Center:

Thanks to these people for ideas and initial guidance:

Homemade Moped Leak Down Tester – Beyond the Carb Cleaner Check